And when they look as good as this, can you really blame me? 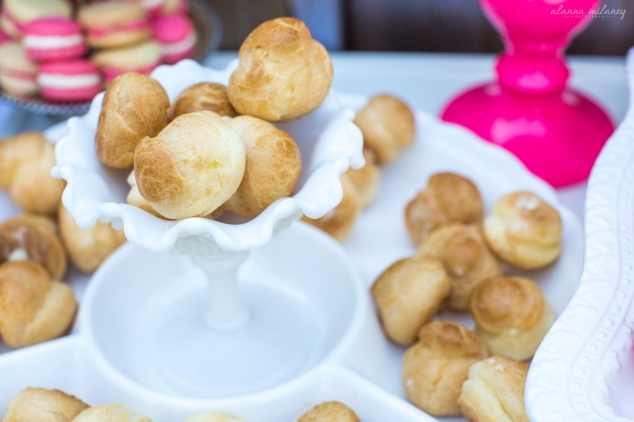 So understandably, I had to learn how to make them. Growing up I have always loved cream puffs. I used to gorge myself with the ones they sell at Costco and keep them in the freezer.

But pre-made cream puffs are always so standard. There’s never any variations, unless you count Beard Papas. But I wanted to make something that didn’t look too terrifying.

Since renting a kitchen doesn’t really mean I have all the flavors I need at a whim, I worked with whatever I had lying around. That was an insane amount of lemon, lime and orange zest. They were so good that I was happy hear Rina’s praises on her blog!

I think I was just insanely tired when I finally made the choux pastry because I kept reading the instructions wrong and due to my absent mindedness, I had confused Celsius and Fahrenheit and ended up with some flour gunk pucks.

Katie’s ridiculous tip of the day: check the proper temperature in regards to Fahrenheit and Celsius.

But my final (successful) product ended up being so light and delicious that I could easily have filled it with butter and I still would have eaten an entire batch to myself.

It should be noted that I have some amazing people to thank AGAIN! Rina of And She Dressed and Alanna of Alanna Milaney Photography. You have probably heard the spiel so many times that you have already visited those links multiple times. 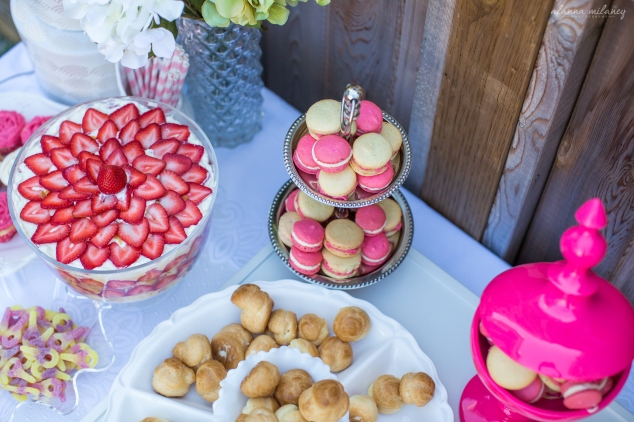 With that said, I present…

In a large pot, combine water and butter; let it reach a rolling boil. Using a wooden spoon, stir in flour and salt. Keep stirring vigorously until the mixture forms a ball and it doesn’t stick to the sides of the pot.

Take the pot off the heat and beat the eggs into the flour mixture one by one.  I found using a whisk made this part much easier or if you are smarter than I am (very probable), use a stand mixer. It saves your arm muscles.

The end result should be a thick, smooth and slightly elastic looking dough. Using a piping bag, pipe approximately 1 tablespoon worth of dough for each puff. If you end up getting a little point at the top, just wet your finger and tap it down.

Bake for 20-25 minutes, until golden brown. It is IMPERATIVE that the oven door is not opened when the baking process has started. IMPERATIVE!!!!

In the meantime, start on the cream filling.

Mix all together. Cover and refrigerate.

When the puffs have cooled, you can either cut the puffs in half and spoon the filling in, or you can use a piping tip and pipe the filling into them. You can freeze them for a nice frozen treat, or devour them immediately.